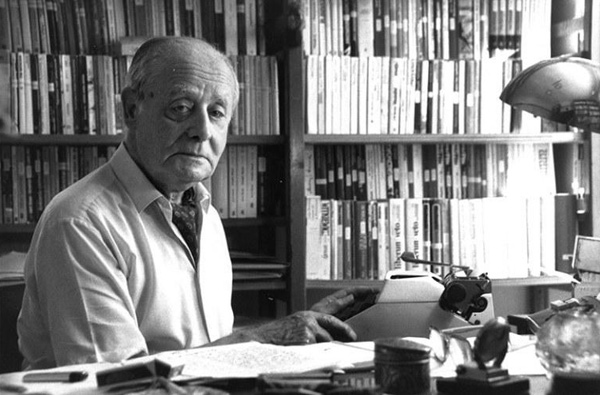 Jerzy Giedroyc (1906-2000), a former soldier of the Anders Army, was a Polish émigré and political thinker, who edited and published the journal Kultura for half-a-century and exerted a huge influence on all open-minded people of the post-war generation.  Born in Minsk in Tsarist Russia, he bore the surname of a princely Lithuanian family, and was steeped in the traditions and values of the ancient Polish-Lithuanian Commonwealth.  His principled opposition to the totalitarian oppression, which descended on Poland for much of his life, was a beacon of hope for many who felt that the clouds would never lift. Equally, his lifelong support for secular culture, for open debate and for Poland's friendly relations with neighbouring nations acted as a shield against the narrow nationalism, which often threatens to disturb the peace in Poland.

It is with great pleasure, therefore, that we can announce a special agreement signed between the Project on Poland Past and Present and the Institut Littéraire in Maisons-Lafitte, (Paris), which is the guardian of Jerzy Giedroyc's legacy.  The agreement signals a true meeting of minds. It looks forward to further co-operation in the future, and allows the Project to use the 'Giedroyc brand' for various aspects of its activities. As a first step, the recently formed Institute of Polish-Lithuanian History at the University of Aberdeen has taken the name of the 'Jerzy Giedroyc Institute'.  It is our sincere hope and expectation that similar steps will follow.